As a big disruptor in the eyewear industry, Warby Parker is all about making sure it has its focus on the right issues. This is especially true when it comes to building an inclusive and diverse team.

At a time when it can seem the world is more divided than ever, more and more companies are realizing the importance of working together and listening to one another. With equality based around gender, sexuality, ethnicity, religion, disability, marital status, and more being challenged and fought for on all sides, it's up to the most innovative companies out there to find new ways of bringing people together.

What Makes an Inclusive Workforce?

Inclusivity isn't just about ethnicity, gender, and all the other factors we've mentioned above, but a few other core elements besides. 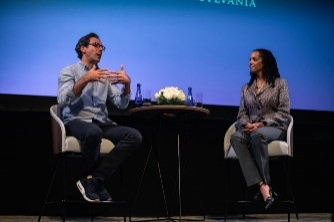 "Three of the things I've learned is that voice, belonging, and respect are core elements of inclusion," said Prof. Stephanie Creary of the University of Pennsylvania. "Voice is a fundamental factor - the idea of speaking up and not being silenced. Belonging means allowing our differences to be manifest in our relationships with others. And respect is the idea of being heard and affirmed even when someone disagrees."

This is the kind of atmosphere Warby Parker is trying to create in its workforce: one where everyone is given equal voice and ideas are respected and considered with the same weight as everyone else's. They don't want their staff to feel they have to pretend to be something they're not when they come to work and, if they do feel that way, Warby Parker wants to know why.

Ideas for how to be more inclusive can come from unexpected places. As a small startup, and like many of its kind, Warby Parker often finds itself working long hours, which meant it had its morning meeting quite early to make sure it was finished in time to open the phone lines at 0900. However, one of the team approached management to inform them it was incredibly difficult for her to get her child to school and be in work at that early hour. Her issues were noted, and the meeting time changed to suit everybody.

"We're trying to create a vocabulary and nomenclature so that we can have open and honest discussions throughout the company with 1,500 people," said co-founder and CEO at Warby Parker, Neil Blumenthal. "We look through a few different lenses, no pun intended. If we want to have a positive impact on our employees, we need to create an environment where people can bring their whole selves to work and reach their full potential. We want them to be excited to walk through the door and feel like they belong."

One amazing thing Warby Parker does to make its recruitment process fairer is to remove all names and demographic data from application forms. This means that when applicants are being considered for an interview, it is done entirely on their experience, qualifications, and merit. No bias, however unconscious or seemingly benign, can seep in.

Benefits of Diversity and Inclusivity

Diverse and inclusive workforces bring diverse and inclusive viewpoints and ideas. They are generally good for any team which embraces them. For example, Warby Parker hosts regular "hackathons" in which employees can create prototypes for new design ideas which are all considered for inclusion in the product range.

"Conversations can only happen when everyone is around the table," said Blumenthal. "You will have similarities with people that you don't see on the surface. Right now, we're not going to have change happen through our political system, but where it can happen is through the private sector. We can create the change we want to see in the world, and then we'll figure out how to get it in the political system."

Diversity and inclusivity are bound to be red hot topics at HR Retail 2019, in April, at the Hyatt Regency Austin, Texas.

Please download the agenda today for more information and insights.