Here's How Taco Bell Is Turning Hiring into a Party

Brought to you by WBR Insights 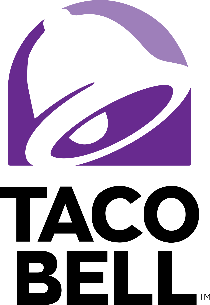 Finding new ways to recruit the talent your business needs has always been a challenge. However, the task is arguably more difficult for fast food brands.

It's not that brands such as McDonald's, KFC, Domino's, etc. have a shortage of applicants - but they do have trouble finding the high-quality staff they require who are willing to work for the minimum wages they offer. The fact of the matter is the fast food business runs on very tight margins, meaning it doesn't have the budgetary flexibility to increase wages to make its jobs more attractive.

The US is currently experiencing record low unemployment which is further exacerbating the issue as there are far fewer people in the job-seeking pool. And with Taco Bell having over seven thousand restaurants in 27 countries, it has a lot of positions to fill.

However, the Mexican-themed fast food giant thinks it may have found a great new way to boost both the number and quality of applicants through innovative recruitment parties.

They are a fantastic method for the first stage of the interview process as they allow brands to assess several candidates in a single session - cutting down on scheduling and staffing issues. They also allow them to get a good idea of how prospective employees interact with other people in an unusual situation - rather than trying to assess their social skills in a formal interview setting.

Taco Bell wanted to take things one step further and, in 2018, it trialed a new kind of group interview/job fair which it called a "hiring party". The trial event was such a success that the brand was able to hire 40 new members of staff in a single six-hour session. As a result, in April this year, it rolled out the concept nationwide with a further 600 parties.

The parties themselves tempt prospective candidates through the restaurant's doors with offers of free food, alongside games where they can win Taco Bell-branded merchandise such as keychains, stickers, and t-shirts. Recruiters can observe candidates in a social setting and look for signs of the skills and character traits they desire - traits such as being a natural leader, communicator, team player, and, perhaps most importantly for a brand such as Taco Bell, the ability to have fun while working hard towards company goals.

"Hiring parties are Taco Bell's answer to record-low US unemployment rates and its own increased staffing needs for the summer," reports Eater. "Following a successful pilot in four of the chain's Indianapolis restaurants last year, last week, 600 Taco Bell locations opened their doors to job seekers, who were invited to stop by, submit an application, and interview on-site before leaving with some company-branded swag and, if they're lucky, a shot at a second interview."

Taco Bell is not the only fast food brand adopting this strategy either. Cult burger chain Shake Shack has been putting on its own popup recruitment parties at locations where new restaurants are opening as part of their prelaunch strategies.

Another issue that fast food restaurants face is high staff turnover. Searching for new ways to retain valuable employees for longer, Shake Shack offers profit-sharing schemes and cash bonuses for various achievements such as arriving to work on time, completing food safety certificates, and referring friends to the company.

Taco Bell offers all its employees free meals as well as more career-focused incentives - such as tuition assistance programs. Staff can claim up to $5,250 towards their further education, earn college credit for on-the-job Taco Bell training, and access education coaches who can help employees find the right college, program, or class, and navigate their tuition assistance funding.

"The chain dangles a vision of a career that no longer seems to exist for the vast majority of Americans: steady, lifelong, with a ladder of upward mobility," continues Eater. "Eighty percent of the company's restaurant leadership roles are promoted from within, according to a Taco Bell representative. Just look at Global Chief Operating Officer Mike Grams - he started in the restaurant as an Assistant Manager 30 years ago, and now he's in the C-suite. The American dream, fast food and all."

Fast food giant McDonald's is also getting in on the action by tripling its higher education tuition assistance.

It's great to see brands such as Taco Bell finding new ways to both recruit and retain staff. The Mexican brand's mission to change the perspective of a fast food position from a stop-gap job to a meaningful career is clearly beginning to bear fruit.

Download the agenda today for more information and insights.