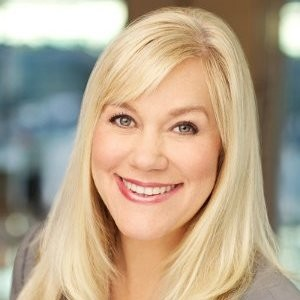 Hollie Castro is a global business executive who believes that when people are motivated and inspired, they do their best work. Currently, she is Head of Talent and Employee Experience at YETI, and has the privilege of leading all things talent and culture. One of the best things about being a YETIzen is the way employees live the company values. Authentic. Innovative. Humble. Connected. Prioritizing to Make the Biggest Impact. Constantly Striving to Improve. Hollie loves working with companies that put employees at the center of their strategy in creating an environment built on integrity, fun, and collaboration.

Before coming to YETI, Hollie was President of Castro Consulting Group where she provided coaching and advisement to executives and teams from Fortune 500 companies to start-ups on executive onboarding, organizational changes and job transitions.

Hollie also served as the SVP of Administration at BMC Software (5th largest pure play software company in the world), where she was responsible for Global HR, Real Estate and Facilities, Government and Community Affairs and Employee and Executive Communication. In this role, she successfully defined and executed a global human capital strategy, led a simplification of executive compensation with the Board of Directors’ Compensation Committee, and developed and led a talent and succession planning process through the company and to the Board. She was the leader of 13 acquisitions and three divestitures. Hollie was a key member of the leadership team charged with taking the company from public to private and executing a successful sale.

Prior to that, Hollie was the SVP of Corporate Services for Talisman-Energy, an $18B global energy company based in Calgary, Alberta. She was responsible for Global HR, Corporate Communications, Supply Management and Corporate Project Management. She also led management activities for the Compensation Committee of the Board.

Hollie gained much of her experience at Cisco Systems and General Electric where she held various executive HR roles, including experiences in large global acquisitions and driving change. Prior to GE, Hollie held various marketing positions at IBM, as well as successfully founded two start-up businesses including Global Rainmakers, a coaching and consulting company. The company specializes in acceleration coaching for Generation X/Y professionals, leveraging technology and cohort learning.

Hollie earned her international MBA from Thunderbird University and her undergraduate degree from Marlboro College. She has worked with and served on numerous Boards, including GoodFx, Thunderbird School of Global Management, Society for the Performing Arts of Houston, and was a founding member of Caprock Academy. Fluent in English, Italian, Portuguese, French, and Spanish, Hollie has lived in many cities and countries. She currently lives in Austin with her husband, Dan, and daughter, Isabella.

Check out the incredible speaker line-up to see who will be joining Hollie.

Day Three: Preparing HR for the Next Generation Workforce

9:30 AM Keynote: Next Generation Leadership Development to Drive Future Business

Leadership development is easily one of the top concerns for any retail business: With the inevitable rise of millennial's into leadership ranks during a transforming retail landscape, how is HR ensuring that they have the right talent leading the organization?
• Recruiting the right candidates to grow and lead your organization
• Engaging high performing talent to grow within the company
• Providing effective leadership training tools and resources so new leaders can lead the best teams they can